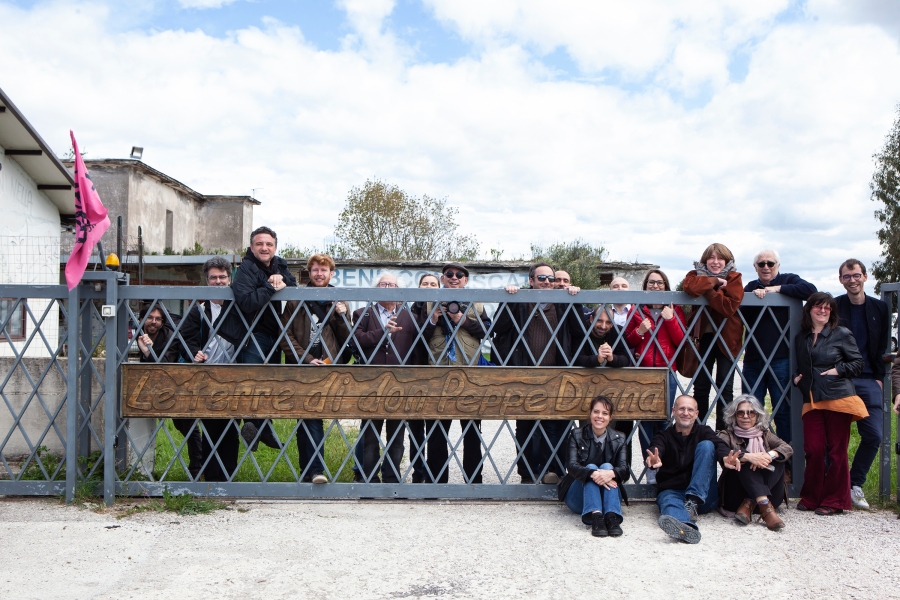 Crim’HALT, that always aims at promoting social justice and in partnership with “Culture against Camorra”, went to Italy, thanks to a European Erasmus+ project, in order to engage with training within anti-mafia cooperatives.

Find below the brief summary of the trip: stay for self-training at the heart of the cooperatives on the lands freed from the mafia

As part of a European Erasmus + project, Crim’HALT went to the region of Naples, in April 2019. Welcomed by the Don Peppe Diana Committee in order to discover the good practices of social anti-mafia, the group learned techniques of advocacy and implementation of social usage of confiscated goods.

A topic by Florence Antomarchi (France 3 Corse) that accompanied Crim’HALT for 3 days.

During those 6 training days (cf. 1st day electronic postcard), the members of Crim’HALT have approached the essence of this law: territorial transformation:

“Before, it was a disaster. Here, there was a real Camorra pool. A little bit of everything used to happen…” Umberto de Biase, inhabitant of Casal di Principe in front of the cameras of France 3

Sustainable economic activities, from the social insertion of people in need (handicapped people, former detainees or drug addicts) to the opening of schools and the provisioning of premises for associative projects. Thanks to this law: the citizen is at the heart of the fight against mafia.

“We recognize each other amongst people who fight, we are strong together”
Maria Laura di Biase, in charge of the Don Diana committee

Why should we redistribute ill-gotten goods?…

Confiscating goods and going to trials is not enough. As explained by Simmaco Perillo, president of the cooperative “Al di là dei sogni” (beyond the dreams), the real problem for criminals is to see “their” land used by others. For mafia criminals, seeing other people on “their” land means breaking the link that binds them to this territory. “And for sure, if people are there, where you think it’s still your home, you are not a boss anymore, you’re just a normal person!”

The fight against serious crime cannot be reduced to the actions undertaken by the law enforcement agencies. It is necessary to act on collective consciousness and on the attitude of the population because “even when mafia gangs are not there anymore, the mentality attached to mafia still subsists; that mentality that makes you ask who you should vote for, obey the law of silence, see the state as the enemy… With this law, even if it will take time, we hope to eradicate this rooted mentality biased by the mafia.” Mayor of Castel Volturno on this topic, France 3.

… in order to place the citizen, in France, at the heart of this mechanism against serious crime

As mentioned in Agrasc le sujet de France 3, the sociale reusage of confiscated goods in France still has a long way to go. However, we will never repeat it enough: there is no fight against serious crime with contribution and involvement of the population. Indeed, the police and judges cannot do everything. We have to count on civil society, that has to express their will to see a better society arise. In France, despite a second attempt of law on the social usage of confiscated goods, much still has to be done: ensure that the law will be voted once and for all, solicit our leaders on the presence of serious crime on the national territory and the need to act, encourage the justice to make court decisions available to citizens, succeed in making the fight against serious crime a priority for media agendas, in order to alert and involve the population, etc.

To know more about the Italian law

In Italy, since 1996, once confiscated, the good are not auctioned but made available to territorial collectivities and voluntary and social sectors (cf. videos & article).

Since 1982 with the charge of association with organized crime, the confiscation without previous penal sentence and the Maxi-trial (1986-1986), a new legislative and judicial offensive took place in the 90’.

But it is in favor of citizen involvement and under the aegis of Libera with its petition that gathered a million signatures, that a breakthrough law took shape. In 2019, over 12000 confiscated goods are freed from the mafia through their occupation by institutions, associations and cooperatives.

Maffia No a vita è 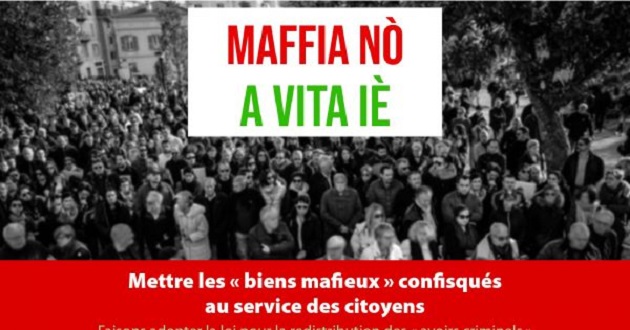 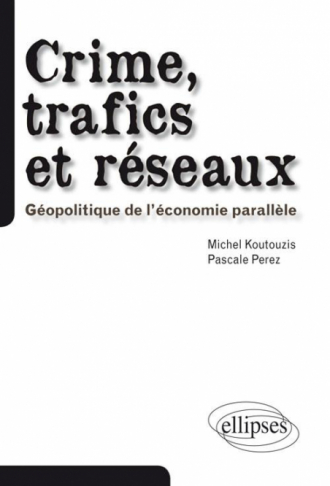